It’s funny what we identify with and how we situate ourselves when we research an era of the past. 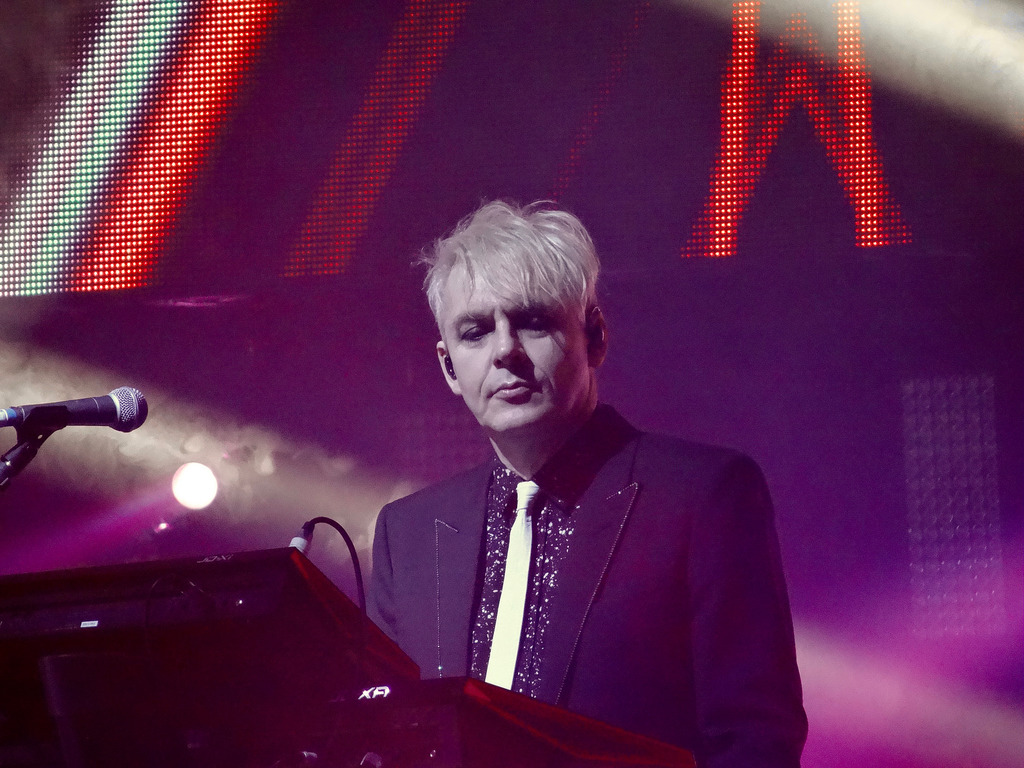 It’s funny what we identify with, and how we situate ourselves, when we research an era of the past. As part of my research for my dissertation, I spend a ton of time in the New York Public Library for the Performing Arts, looking at old magazines and seeing what performers, fans, and critics had to say about the Yamaha DX7. Right now I’ve focused on Keyboard magazine, targeted of course at keyboardists. In the process I also get a feel for what the culture surrounding keyboards in the 1980s was like.

In the April 1986 issue, many names are given on pages 6–7. The editors are Dominic, Tim, Bob, Ted, and David. Regular contributors are Richie, David, Bill, Jim, Tom, Steve, another Steve, Larry, Terry, another Bill, Allan, a third Steve, Bob, Don, Bobby, Dave, and Ruth (!). Writing letters are James, Nick, Clay, Gary, Ken, Jim, Woody, Jack, Glen, and Scotty. They’re writing about Nick, Alain, Jeffrey, Steve, David, and Joseph. Next month promises articles on Ivo, Wally, David, and Ralph. So then, we have forty-one men mentioned for every one woman on these two pages at the beginning of the April 1986 issue.

It’s clear that Keyboard is not really a place for women. This is something I can’t help but notice as I, a woman, pore over every single page of every issue, thirty years later. Gender is not currently a focus of my research into timbre and culture in 1980s synth-pop music, but maybe in the future I might wonder what exactly this is about.

Also in this April ’86 issue, I was struck by the number of letters to the editor complaining about the featuring of Nick Rhodes of Duran Duran in the February issue. Here are some choice quotes:

“I have one question about putting Nick Rhodes on the cover: Why? Are you trying to raise sales by appealing to pre-pubescent girls? You are alienating your true audience.” –James C. Gladue, Ithaca, NY

“Who are you and Nick Rhodes trying to kid? … ludicrous and pretentious. I wonder if this fellow … can in fact read a C major scale, let alone play one.” –Nick Peck, Mill Valley, CA

“Nick Rhodes’s playing technique leaves much to be desired. … I doubt he could play scales on the piano. … Grow up, Nick!” –Steve Webb, Decatur, GA

“How I miss the good old pre-DX7 days. I am so sick of reading about these Fairlight freaks and one-finger virtuosos. As a performer, Nick Rhodes is a joke. Why don’t you interview a real keyboard player, like Rick Wakeman?” –Steve Cross, Bronx, NY

Advancements to synthesizer technology in the ’80s, especially sequencers and arpeggiators, made it easier and easier for less technically proficient musicians to make music together. Nick Rhodes likely is one such musician. Nevertheless Duran Duran’s music was immensely popular, meaning that Nick Rhodes was probably one of the best-known synth players at the time! But Keyboard is marketed toward keyboard players, and many of its readers are surely very technically accomplished musicians.

I don’t blame people for writing in. The ’80s were a time of extremely rapid change in the world of synthesizers and technology more generally. Change makes people uncomfortable and displeased, and letters to the editor are one venue in which to voice that displeasure. I just think the comments are very telling. They call out Nick Rhodes for a lack of technical knowledge—scales are mentioned twice as an exemplar of this. “Truth” is also appealed to twice—the first quote says that Keyboard is alienating its true audience, and the last quote holds up Rick Wakeman, a prog-ish session musician, as a true keyboard player. (And don’t miss the DX7-blaming in the last quote either! That quote going right in the dissertation, for sure.) There’s a lot to unpack, in terms of assumptions of “true” quality, imbued into these comments, but I’ll leave that to the readers.

To make things even more interesting, here are two letters that Keyboard publishes in defense of Nick Rhodes:

“Thank you for your superb cover story on Nick Rhodes. He is a great influence on teenage keyboardists, including me. …” -Clay Janes, Ft. Smith, AK

“… Nick Rhodes isn’t some amateur keyboardist who appeals only to ‘pre-pubescent girls’ on the basis of looks. … I am a 16-year-old girl, but I’ve been playing the piano for 12 years and synthesizers for the past few as well, so I think I know what I’m talking about.” –Diana Perry, Danvers, MA

These are the only two letters that they publish defending Rhodes, and yes, both of them are self-identifying as teenagers! My gut reaction is to question whether these letters are even authentic—I was on the internet as a teen, participating in some semi-anonymous forums similar to these letters to the editor, and I was very reluctant to identify myself as a teenager if it wasn’t necessary. But even if the letters are real, Keyboard still shows its bias through their selection of these letters. What I mean is that it’s hard to imagine that the only people writing in to support the Nick Rhodes story were people explicitly mentioning that they are teenagers.

To take a cynical view, it could be that Keyboard was attempting to distance itself from its own publication of the Nick Rhodes interview and downplay Rhodes’s status. But on the other hand, maybe Keyboard actually agrees the first letter writer—perhaps they are indeed trying to appeal to a new demographic! Maybe these letters from people self-identifying as teens are meant to evoke some compassion for the teenage viewpoint. It’s impossible to say but I’d prefer to think that my latter interpretation is true. After all, they’re the ones who published the cover story in the first place. But maybe my wishful thinking is borne of something more personal—I was even younger than a teenager in 1986 (i.e., definitely “pre-pubescent”!), and I’m now studying the dreadful (according to Steve Cross of the Bronx) Yamaha DX7, and studying Duran Duran (among others), so maybe I just identify with these teenagers that are getting implicitly made fun of by the presumably grown men writing the other letters.